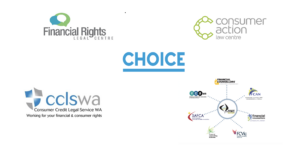 Buy Now, Pay Later (BNPL) late fees and charges would be capped, and providers would be licensed and banned from making unsolicited offers of credit, under recommendations for proper regulation of the sector proposed by a coalition of 15 consumer and legal groups.

They are three of a raft of proposals by the group that includes CHOICE, financial counselling associations and consumer legal centres, as part of a submission to Treasury which is considering regulatory options to rein in BNPL – a product which is causing considerable and growing consumer harm amid a mounting cost-of-living crisis.

The group argues that BNPL must  be regulated in the same way as other credit products to stem the growing consumer harms caused by the product.

The group’s submission also calls for:

The other two weaker options in the Treasury paper – beefing up the industry’s self-regulatory code with an affordability test, or bringing BNPL partly into the credit code (with a sliding affordability test) – would make very little difference and only see consumer harms continue.

Ms Guthrie said since financial counsellors first sounded the alarm some years ago, they had seen the fallout from BNPL grow, as more and more people were lured into agreements they cannot afford.

“The numbers of people running into difficulties from BNPL have grown steadily, which is precisely why we have called for greater consumer protections.

“This year, particularly, we’ve seen people resorting to BNPL to pay for essentials as the cost of living crisis bites, but getting into strife as a result. Many of the people using BNPL are on low, and often, precarious incomes, and while the amounts people borrow may look small, they can snowball very quickly, and the impact when the debt cannot be paid is far from small.

“We’ve seen BNPL offers going from food and fashion, to products worth tens of thousands of dollars – it’s extraordinary to think they can do that without any compliance with credit laws.”

“The changes we are calling for will help prevent people falling into the debt spirals so typical in the aftermath of Christmas.” Mr Brody said.

“Offering credit unsolicited means that people end up indebted when they didn’t want the credit in the first place. It contributes to financial distress and has already been banned for credit cards. We urgently need to treat all consumer credit products, including BNPL, consistently, so people have the same safeguards, whoever the provider is.”

“BNPL has the impact of increasing the Gap on First Nations communities as it allows existing debts to be hidden by buy now pay later products. Greater oversight is needed to reduce harms that we are hearing on our Mob Strong Debt Help service including increasing reliance on it to cover essentials, groceries and energy.”

“This is a crucial opportunity for the government to close the loopholes that allow BNPL credit providers to sell unregulated loans to people who may struggle to afford them.

“Credit is credit, and the BNPL industry should be required to follow the same rules that apply to personal loans or credit cards.

“As people face rising costs of living the last thing they need is unaffordable, unregulated debt.”

CHOICE’s nationally representative surveys conducted in June and in September 2022 found that a significant number of people are being sold into unaffordable BNPL debt:

“Community legal centres and financial counsellors are already seeing people in deep spirals of debt propelled by these products and irresponsible lending. If we don’t see some serious regulation, this will only get worse.

“We are concerned that spiralling cost of living pressures are only going to add to the problem – we know in the sector that people prioritise these payments so that they aren’t cut off from using the platforms. They are prioritising payments over other essentials, medicine and even food. We have to protect our most vulnerable and regulate to reduce the risk of harm to consumers.”

In May 2022, more than 120 community groups signed an open letter calling on the new Government to regulate BNPL as conventional credit, with the same safe lending rules as other comparable forms of credit, following the groups’ experience of mounting cases of financial hardship fueled by BNPL.

In July 2022, consumer groups welcomed the new Government’s commitment to consult on how to best regulate BNPL.