The FCA board, which meets at least six times per year, is made up of seven directors: four are elected from the financial counselling sector, while three external, skills-based directors are appointed by the board. All directors serve a three-year term, with a maximum of two continuous terms. 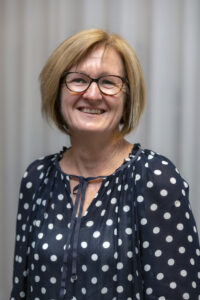 Anne is the Executive Manager Services with Uniting Country SA where she worked as a financial counsellor prior to moving into her leadership role. Anne was a member of the South Australian Financial Counselling Association for many years, and held the position of Chair for 6 years.  She represents FCA at AFSA’s Personal Insolvency Stakeholder Forums and represented South Australia on the Australian Financial Complaints Authority’s Consumer Advisory Panel for 2 years. 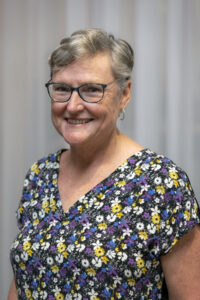 Lyndall has worked as an accountant for 20 years in places varying from a chartered accounting firm to the Australian National Audit Office. She spent nine years as the chief financial officer for a local community organisation. This sparked her passion for the community sector and aspiration to work in a professional helping role. Lyndall returned to university in 2013 to undertake a Graduate Diploma in Community Counselling and joined the financial counselling sector in 2014.  She works as a financial counsellor with Care Financial Counselling Service in Canberra.  In 2020 Lyndall completed her Master of Counselling degree. Rob has worked in the finance industry for over 45 years. He has owned a business and has been an active board member in several service organisations, a chamber of commerce and numerous non-profit NGOs, such as Royal Far West Children, the National Association for Loss and Grief and a neighbourhood centre. Rob started working as a joint financial counsellor & gambling counsellor in 2009. Initially working for Lifeline Central West, then Salvation Army Moneycare, and most recently, for Uniting NSW as a financial counsellor on the National Debt Helpline. He was a Board member of the Financial Counselling Association of NSW (FCAN) from 2015 to 2021, but since stepping down at the end of his term, he has remained actively involved in FCAN’s Credit Liaison Working Group, the NDH/FCAN Network Group, and as a peer supervisor for multiple colleagues. Rob passionately believes in a social contract that means that, as Australians, we have chosen to give all a fair go & help our mates and that we are in danger of losing these beliefs. He works to create a society where we all have the right to be treated equally, without the need for constant vigilance.

Jocelyn Furlan is a lawyer and an accountant, with more than 25 years’ experience in the superannuation industry. She’s a director of a number of organisations including First State Super, and is Chair of Strathcona Baptist Girls Grammar School and Independent Chair of the Customer Owned Banking Code Compliance Committee. She is a graduate member of the Australian Institute of Company Directors. Previous roles include chair of the Superannuation Complaints Tribunal, executive manager corporate of the Victorian Superannuation Board and its predecessor the State Superannuation Board, and company secretary of VicSuper. 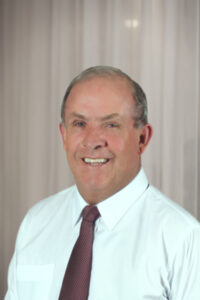 John Williams was elected to Federal Parliament in 2007 as Senator for NSW and was sworn in on 26 August 2008. John was born in Jamestown SA but has lived most of his life in the Inverell district in the New England region of NSW. Prior to entering politics, he had been a truck driver, shearer, farmer and a small business owner.

With this background, John understands regional Australia and the issues small business operators deal with every day. John is a strong advocate for the reduction of red tape in small business to allow businesses to not only survive and compete but to grow and prosper.  His vision is for regional Australia to obtain adequate funding to maintain rural communities and facilities and maintain the way of life so many people enjoy. John was the first politician to call for a royal commission into banking back in 2011. 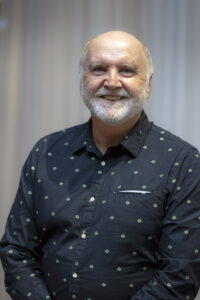 Greg was most recently a commissioner at the Australian Securities and Investments Commission. Before this, he worked as secretary-general of the International Organisation of Securities Commissions. Greg is a Director of Financial Counselling Foundation Ltd. He has significant experience in regulation, governance and policy development.