The financial counselling profession is more than 40 years old and was a community-led response to growing personal debt and unfair practices affecting consumers. The profession has grown and developed, responding to social and political change, and has been driven by some amazing individuals. But at its heart, it has always been about helping people with their financial struggles.

Here’s a snapshot of our journey …

In the early days, community workers focused on budgeting and debt repayment as a response to consumer indebtedness. Over time, the role that unfair markets and inadequate incomes play in creating disadvantage became clear, and specialist workers – the first financial counsellors -emerged and changed the way they engaged with their clients.

The pioneers of this service model started to see common threads in their work. Financial counsellors built networks and shared experiences so they could better help their clients and increase advocacy opportunities.

Moves to set up a national peak body for financial counsellors were first mooted in the early 80s. With leadership from Betty Weule, a respected financial counsellor from New South Wales, the Financial Counsellors’ Association of Australia (FCAA) was established in Melbourne in 1984. In February 1985, this organisation had its first national conference at St George’s College, Perth. 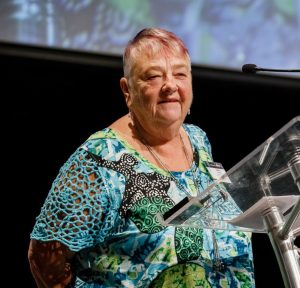 FCAA changed its name to the Australian Financial Counselling and Credit Reform Association (AFCCRA), reflecting the wider advocacy that financial counsellors were undertaking around fair financial markets. In 1990, the organisation secured government funding as a peak body. In 1996, with a change of government, the funding stopped. That AFCCRA continued to exist is testimony to the work of a dedicated group of volunteers, particularly Jan Pentland and David Tennant.

In 1999, Jan brought together the members of the AFCCRA Council as there was a real danger the organisation would fold due to a lack of funding. The members knew the peak body was vital to the future of the profession, and to the clients of financial counsellors, so the council members continued on a voluntary basis. Jan remained on the executive of AFCCRA until her death, serving as its chair for 8 years. The Jan Pentland Foundation was set up in honour of her work.

In the 2008 budget, the federal government announced greater funding support for financial founselling and also funded AFCCRA to perform its peak body role. The following year, as part of its response to the Global Financial Crisis, the government provided additional funding. In 2013, the Federal Government also provided funding for 50 specialist gambling financial counsellors around Australia.

The funding ups and downs have continued. The 2014 federal budget saw cuts of about a third to the sector. State government funding has also been variable. As a result this required frequent campaigns to explain the importance of financial counselling to decision-makers.

FCA as we are today

In 2016, we moved our office to Melbourne, and co-locate with the Consumer Action Law Centre and the Financial and Consumer Rights Council, which provides the opportunities for collaboration and support across the agencies.

Betty Weule was awarded a Medal in the Order of Australia in June 2016 ‘for significant services to social welfare, through the development of financial counselling services in New South Wales’. To our knowledge, this is the first time the Australian honours system has included an award that mentions financial counselling. Betty has also written a History of Financial Counselling in Australia.

The National Debt Helpline website and rebranded telephone service was also launched in 2016, which are both vital to improving access to financial counselling services Australia wide.