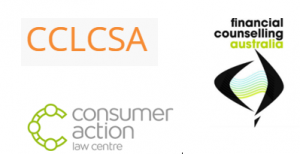 “Taking this step during the COVID crisis is the right move as it will help protect South Australians from exploitative credit and expensive leases for household products,” said Gerard Brody, CEO Consumer Action.

“Other state governments should follow the lead of South Australia and take the same steps to protect Australians from high cost credit.”

While encouraged by the South Australian government’s announcement, Mr Brody said it was very disappointing that a state government was delivering on reforms the Federal Government committed to more than 3 years ago.

“It’s been over 1300 days since the Federal Government said they would introduce these reforms, but it has failed to act. As we enter a recession, the need for laws that requires credit providers to play fair has never been greater.

“The delay in introducing legislation at a federal level leaves vulnerable Australians at risk. People are being harmed by these products that have already drawn many into a debt spiral,” Mr Brody said.